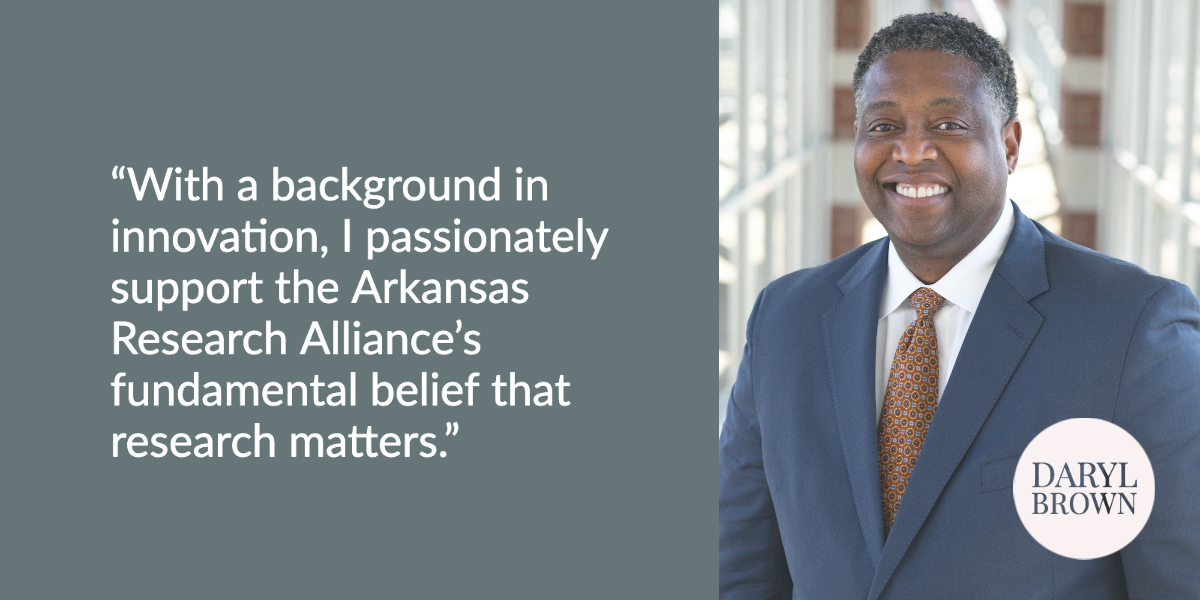 ARA welcomes MISO Executive Director to the Board

“With a consistent history of support for ARA, MISO has shown just how committed the company is to making research a priority in Arkansas,” says ARA President and CEO Jerry Adams. Brown replaces outgoing MISO Board Member Todd Hillman.

“I am honored to join my esteemed colleagues on the Arkansas Research Alliance board of trustees,” says Mr. Brown. “With a background in innovation, I passionately support the organization’s fundamental belief that research matters. I look forward to working with ARA.”

The ARA Board of Trustees is comprised of Arkansas business leaders and the chancellor from each of the state’s five major research universities. Mr. Brown is a recent addition to MISO’s executive team. Previously, Brown was the director of innovation for both Current powered by GE and Hitachi Social Innovation Business. In addition, he has more than 20 years of experience as an executive at Southern Company.

(Board of Trustees cont. next page))